Prior Park College is situated overlooking the beautiful city of Bath. The College has nealry 600 pupils and is one of the largest fully co-educational Catholic Independent boarding and day schools in the UK. Prior Park was formerly the home of Ralph Allen and was built during the Georgian period of Bath stone. During the refurbishment of its refectory, the College approached us as they wanted a lighting feature installed that would become a talking point. Having visited our offices for a LiteTile demonstration, the College asked us to produce a lighting feature for their refectory. We carried out a site survey and we decided a LiteTile unit was the best option. However, we suggested that the LiteTile unit should be surrounded by a purpose-built white frame in order to give the impression of a window in the refectory. Prior Park College agreed with this and we proceeded to manufacture a LiteTile unit. This panel has colour-changing LEDs in it which are controlled by an infra-red remote control unit. The College told us that they “wanted an eye-catching yet practical feature in our servery and we were delighted to find that a local company could provide just that. We are thrilled to be the first educational establishment in the UK to have a LiteTile installed, as well as being the first venue in Bath to have one installed”. The College also said “As well as the feature lighting changing colour, we can set it on one particular colour to suit the occasion or season of the year and we are also going to display pupils’ works of art on it as well”. 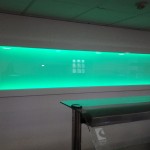 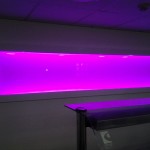 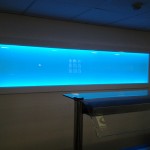 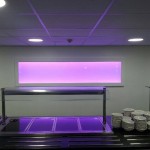 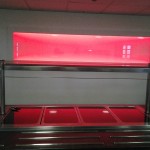 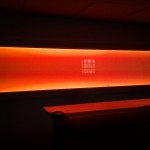 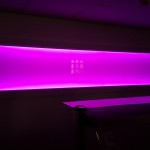 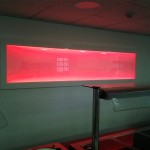 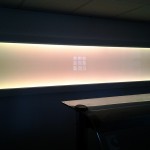 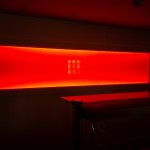 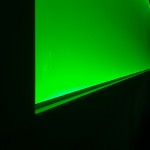